With the Google’s exact match change rolled out, here’s what advertisers are seeing 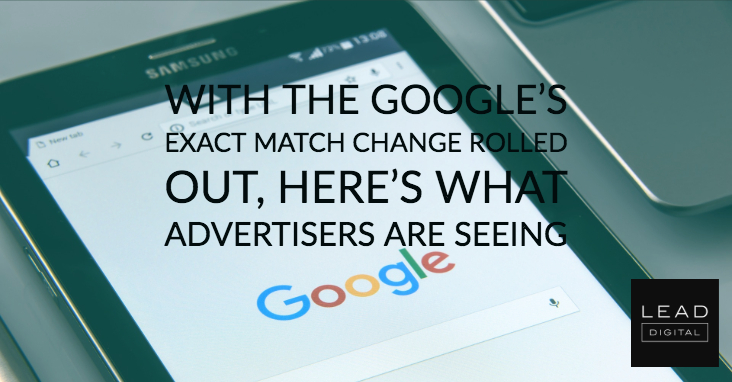 What’s the impact so far? Are advertisers rethinking campaign structure and management?

Google’s latest (though probably not final) dismantling of exact match should be fully rolled out now — Google had said it would be completed by the end of October. The change was a regular topic of discussion throughout our SMX East conference in New York, last month. Now that everyone is starting to see the effects, we followed up with several speakers to hear what they’ve seen and if they are rethinking their new campaign builds or existing management workflows.

Bottom line: not everyone sees eye-to-eye on the fallout or next steps, but all agree it’s a sign of dramatic change and cause for giving campaign structure, set up and management fresh looks.

Here’s what we’re hearing about Google’s move to include words or terms deemed by machine learning-powered systems to have the same meaning, or intent as close variants of exact match keywords.

The perspectives run the gamut.

From the optimistic end of the spectrum: “The change is doing what it’s supposed to do,” said Aaron Levy, director of paid search at digital performance agency Elite SEM. “We’re seeing a wider array of close variants for otherwise pure exact match terms, and 99 percent of them are, indeed, relevant.”

Further, the changes “reflect a bigger theme of where search is going,” said Levy, becoming more like programmatic where numerous signals are processed in real-time. “Performance-wise, yes the change is moving things around, yes it’s annoying, but yes, it is performing better.”

To the “meh” middle: Justin Fried, executive vice president and managing director at pharmaceutical and healthcare agencies CMI/Compas, says they aren’t seeing major performance fluctuations at a macro level, but are seeing changes at the keyword level. “Keywords with more history, higher volume of clicks and ultimately quality score, have begun to receive more impressions,” said Fried. For example, in one ad group, they are now seeing the exact match of “flu treatment” triggering ads more often than the exact match of “treatment for the flu.” Overall performance from cases like these hasn’t changed much, but CPCs have gone up in some, said Fried. – Read More