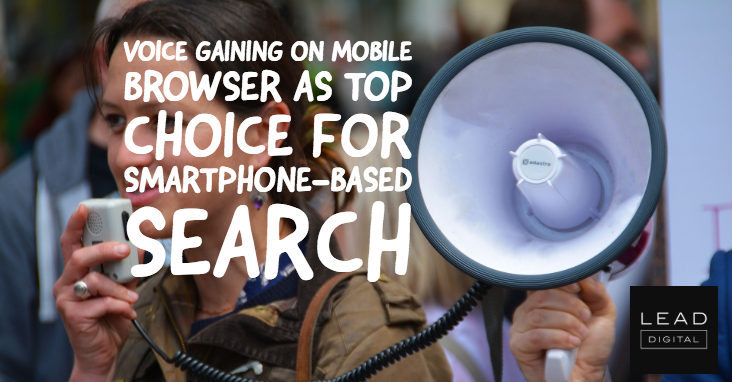 We increasingly are talking to our phones in public. That’s the top-line finding of a new studyfrom Stone Temple Consulting (now a part of Perficient Digital). In its third year, the survey polled 1,719 U.S. adults on “how they use voice, when they use voice, and why.” In nearly every environment people are using voice more than in the past. In 2017 there were considerable inhibitions surrounding public voice usage; almost across the board that has changed. Usage is still highest, however, at home or alone (at the office).

Search in 6th place. Voice is used more often to initiate communication (calling, texting), get directions or play music than it is for most other online activities. In this survey, “online search” was cited by roughly 23 percent of respondents as an “application” they’ve controlled by voice. This figure is low compared with other surveys. According to the findings, the group most inclined to use voice commands was married males, between 25 and 34 years old, making more than $100,000 per year, with post-college education. Survey respondents overall said they liked voice commands because of speed, accuracy and the absence of typing. Roughly 47 percent also liked the fact that the answer was read back to them by an assistant. – Read more