Mobile-First Indexing Explained: What You Need to Know

Google has been working on mobile-first indexing for some time, developed in response to the drastic shift in the way people search (and browse) the web, and the widespread adoption of mobile devices in pretty much every part of our lives.

It is safe to say that we now live and work in a truly mobile-first world.

The first announcement that Google was moving away from their algorithms typically looking at the desktop version of a site towards a mobile-first approach came in 2016.

At the time, Google announced that:

Today, most people are searching on Google using a mobile device. However, our ranking systems still typically look at the desktop version of a page’s content to evaluate its relevance to the user. This can cause issues when the mobile page has less content than the desktop page because our algorithms are not evaluating the actual page that is seen by a mobile searcher.

But between 2016 and today, we have seen an almost full shift by Google to mobile-first indexing.

By March 2021, Google will have switched ALL websites from desktop-first to mobile-first indexing, having been through a transitional period of moving sites over when their systems recognized that they were ready to do so.

Any new websites launched after July 2019 automatically went to mobile-first indexing, but some existing sites have yet to be moved over.

And, while many of you will have had your sites crawled by a smartphone Googlebot for some time, it is something that every SEO and digital marketer now needs to be paying close attention to.

Over the coming months, Google will be 100% mobile-first, and that means you need to make sure you understand what this means and how to optimize for it.

And in this guide, we will help you to do just that, specifically looking at:

What Is Mobile-First Indexing?

Mobile isn’t going anywhere, and, as of 2019, a staggering 63% of US search traffic originated from a mobile device. This means that a website’s mobile version is the one that should take preference, and Google acknowledges this with mobile-first indexing.

While it might sound complex, mobile-first indexing is actually pretty simple to get your head around.

Google themselves refer to it by saying:

Mobile-first indexing means Google predominantly uses the mobile version of the content for indexing and ranking.

In the past, Googlebot primarily used a website’s desktop version to determine a page’s relevance to a search query, but this has since shifted to mobile variants.

And for many businesses, this won’t cause any issues as the site that is served to mobile users is a responsive version of the desktop site, with no other changes to the actual content that’s served. But if a website serves different desktop and mobile versions, there are things that need to be considered.

If you are still one of the few businesses that don’t have a mobile-friendly website (sadly, there are still a few of these that exist), you can expect to see a negative impact on your search rankings across both mobile and desktop searches.

A well thought out mobile-friendly website could drive a noticeable increase in organic visibility.

But even if you don’t think it is something that you need to worry about, it still pays to understand what mobile-first indexing is and how it works, as well as the considerations you need to be making, not just now, but in the future, too.

A 2019 study revealed that “only 13% of websites get to retain the exact same position across devices,” showcasing in itself the importance of getting your site’s mobile experience and search-engine-friendliness right.

In simple terms, mobile-first indexing means that Google’s algorithms are using the content from your site’s mobile site when ranking your pages on the SERPs. – Read more 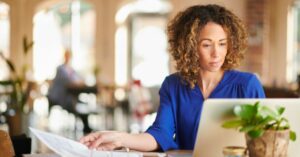 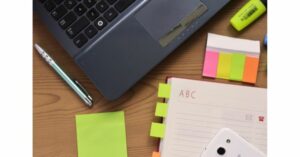 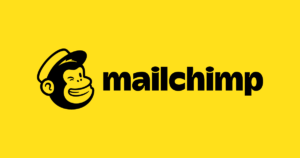