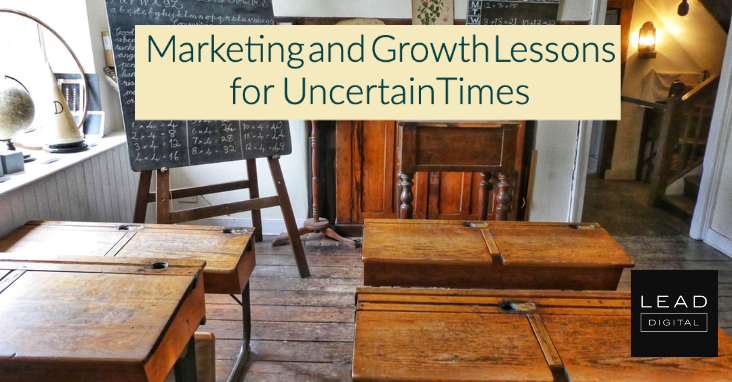 An article on growth and marketing in the middle of a crisis—the current one or any other—can seem tone deaf. But nothing gets better if we stand still.

Work can be a welcome intellectual distraction. It can also keep your employees employed or help you retain your job—a modicum of security in uncertain times.

We don’t have to go back far to find another period of economic disarray. The financial crisis of the late 2000s reinforced, countered, or updated many lessons gleaned from previous turmoils.

Historically, epidemic-inspired slowdowns have behaved differently (but consistently) compared to other causes. Still, no one knows how this one will play out.

This post surveys what people have done in the past—and what marketing leaders are doing now—to make it through tough times and thrive in the post-crisis era.

What the big studies have shown

The study focused on what happened during the recession that affected performance after the recession. Those who came out on top were classified as “leaders.” As the authors found:

While most companies tightened their belts, successful leaders, trading lower short-term profitability for long-term gain, refocused rather than cut spending [. . .] Yet in expansionary periods, successful leaders spent significantly less on [selling, general, and administrative costs] than did their former peers.

Greater discipline during boom times offered more flexibility during lean years. And getting it right during the lean years, Bain reports, has a massive impact on companies’ growth rate after things improve:

The authors of the Bain study use an auto-racing analogy:

Think of a recession as a sharp curve on an auto racetrack—the best place to pass competitors, but requiring more skill than straightaways. The best drivers apply the brakes just ahead of the curve (they take out excess costs), turn hard toward the apex of the curve (identify the short list of projects that will form the next business model), and accelerate hard out of the curve (spend and hire before markets have rebounded).

A Harvard Business Review (HBR) study of 4,700 public companies looked at the three years before, during, and after recessions. They divided companies’ responses—their “driving” strategies—into four categories:

The HBR study contrasts Office Depot and Staples during the 2000 recession: – Read more 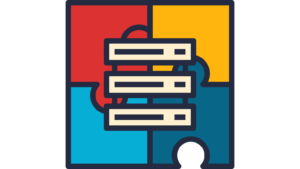