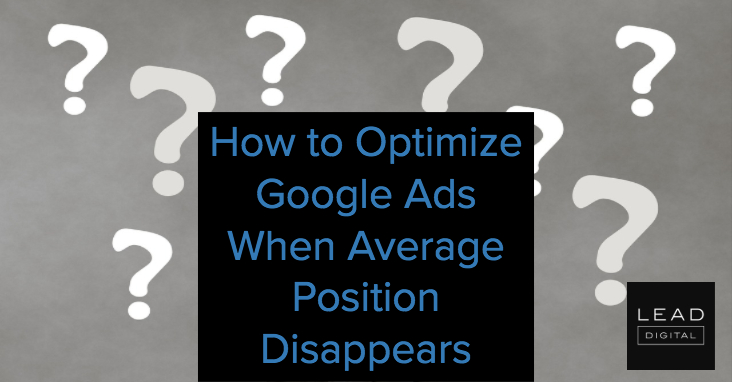 Google has announced that the “average position” metric will no longer be supported starting in September.

Having been a Googler myself for almost a decade, I can only imagine the trepidation the Google Ads marketing team must have felt before making this announcement.

With the near continuous change that is part of Google Ads, any update could set off a firestorm in the advertising community.

The retirement of one of the oldest metrics certainly seems like it could have been received poorly.

But as it turns out, most advertisers are OK with the announced change, especially in light of some of the new position metrics Google has introduced to replace average position.

Here’s how the new “top” and “absolute top” metrics can do a better job than average position ever could when guiding advertisers to optimizing their PPC accounts.

First, here are the new metrics Google introduced in the past year that they feel can help advertisers better understand how their ads are doing, and that are hence seen as the replacement for the average position metric that is being retired. – Read more