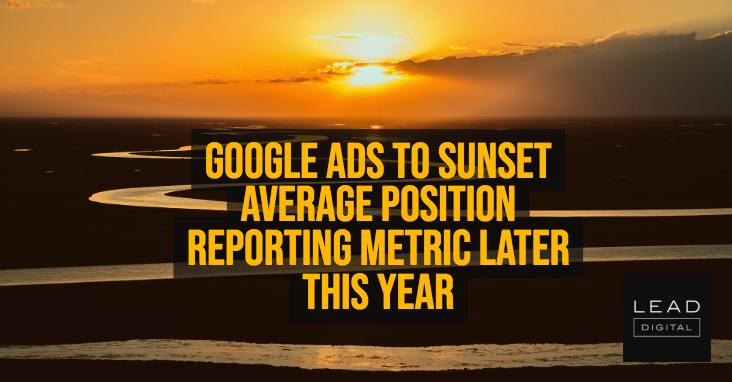 The signs have been popping up, but now it’s official. Google will retire average position reporting from Google Ads later this year.

What were the signs?

We can point to two key ones. The first and most significant: In November, Google introduced four new ad position metrics to indicate the percentage of impressions and impression share your ads received in the absolute top (the first ad at the very top of the page) and top of page (above the organic results) ad slots.

With that announcement, Google explained that average position, which has been around long before ads were removed from the right rail of desktop search results, had never been intended to show where your ads were showing on the page. Instead, it “reflects the order that your ad appears versus the other ads in the ad auction.”

With Tuesday’s announcement, Pallavi Naresh, Google Ads product manager, said, “These new metrics give you a much clearer view of your prominence on the page than average position does.”

The second (granted, more tangential) sign was the addition of click share reporting to Search campaigns earlier this month. Google first introduced click share in Shopping campaigns — where there is no position reporting — to give advertisers some of the insights they were used to getting from average position in Search campaigns. – Read more