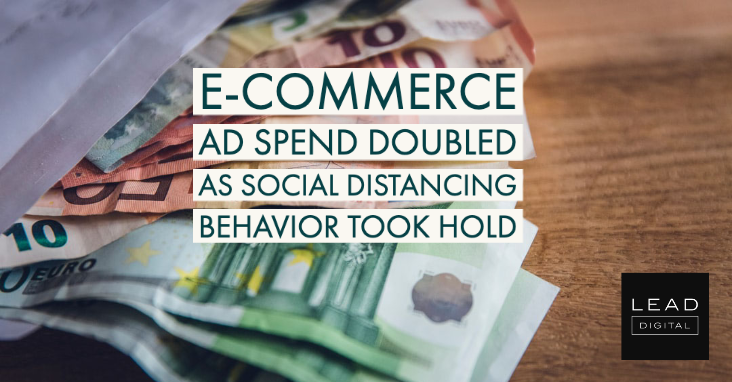 Will the pace continue amid supply chain challenges?

New data shows that e-commerce sites doubled their advertising spend between mid-February and the second week of March, as social distancing started to become the new norm for consumers.

Why we care. Earlier data from Quantum Metric indicated that e-commerce sales for retailers that also have brick and mortar locations ” saw an average revenue weekly growth rate increase of 52% and an 8.8% increase in conversion rates” between January 1 and February 29. Many merchants have reported e-commerce sales exceeding rates of Black Friday and Cyber Monday levels.

This unplanned spike has caused supply and fulfillment challenges. Chinese manufacturing plants are just now getting back to full capacity after being offline since mid-January. – Read more