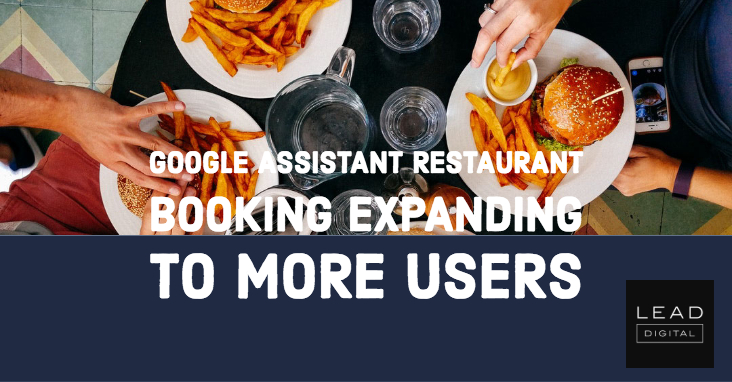 Available on Pixel phones, it will be rolling out to other Android and iOS users in the near future.

Google announced that Pixel phone users can now use Duplex via the Google Assistant to book restaurant reservations over the phone. Google said it was available in 43 states in the U.S.

Duplex is an AI-powered phone based-system for booking appointments with local businesses that don’t have online scheduling. It was first demonstrated at Google’s developer conference in May 2018. The demo, though controlled, was impressive and very “natural language” sounding.

Request a reservation, get a notification. Here’s Google’s description of the process (also shown in the video below):

Just ask the Assistant on your phone, “Book a table for four people at [restaurant name] tomorrow night.” The Assistant will then call the restaurant to see if it can accommodate your request. Once your reservation is successfully made, you’ll receive a notification on your phone, an email update and a calendar invite so you don’t forget.

Google says it will be rolling out Duplex restaurant booking via the Assistant on other Android and iOS devices in the coming weeks.

Hello, I’m a bot. Duplex is intended to mimic the cadence and sound of natural human speech. In the video the hypothetical exchange clearly discloses that Google Assistant (a machine) is on the other end and that the call will be recorded. The disclosure is mandated by a new California law. And many states require disclosures when calls are being recorded. – Read more